Another Day in Arusha NP

We had another full day in Arusha National Park and after seriously heavy overnight rain we woke to more mist and rain, which continued through to late morning again. Lovely! But it didn’t stop us seeing a good selection of birds during this time with one of the best birds of the day being our first bird of the day – Broad-tailed Warbler. Moving into the park we took a different route to yesterday and picked up Yellow Bishop, Golden-winged Sunbird, Red-collared Widowbird, Black-backed Puffback, and eventually we nailed Hartlaub’s Turaco, with several good views.

A family of African Elephants crossed the track in front of us as we returned to the crossroads, having seen a rather confiding Ruppell’s Robin-Chat singing beside our vehicles.

With the weather improving we could head higher up to the crater, and a good decision this turned out to be as a superb Black-fronted Bush-Shrike and a flock of Tanzanian Broad-ringed White-eyes (split form Montane White-eye) appeared. At a large fruiting tree a flock of endemic Kenrick’s Starlings were feeding and as we drove ever higher a perched Long-crested Eagle was spotted, and we had more views of Silvery-cheeked Hornbill as well.

Then we took our picnic lunch at an overlook with superb views across the crater with Red-backed Mannikin, Red-headed Weaver, Taveta Golden Weaver and Golden-tailed Woodpecker performing close by. 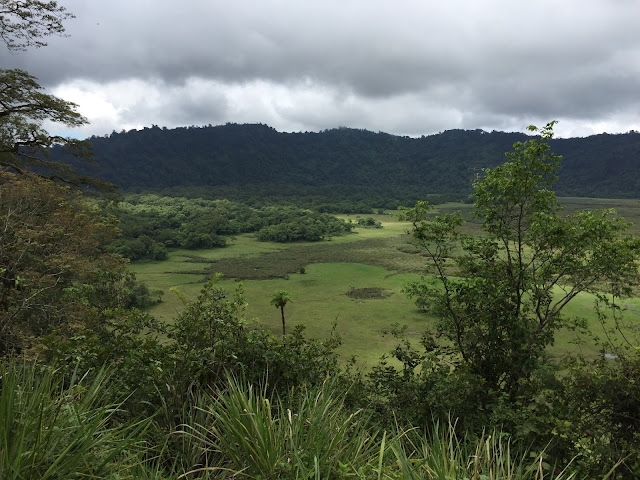 Moving up we visited the highest viewpoint and found an Ayres’s Hawk-Eagle perched nearby. What a cracker!

So by now it was 4.30pm and we had to leave and drive back to the lodge where a couple of us scoped an African Goshawk in the garden.

A quick check of the gardens at first light revealed flocks of Scarce Swifts passing over, along with Brown-breasted and White-eared Barbets, White-eyed Slaty Flycatcher, Black Cuckooshrike, Bronze and Amethyst Sunbirds, and plenty of common Dark-capped Bulbuls.

After breakfast we headed in our two safari vehicles into Arusha National Park which was just a
5 minute drive away and a brief stop at the entrance gate produced Singing Cisticola, Cape Robin-Chat, Speke’s Weaver, Chestnut Weaver and the first of many Northern Fiscals. Most of the morning was hampered by rain, which made viewing difficult and reduced bird activity substantially. However, we still managed to pick up lots of birds such as Dark-capped Yellow Warbler, Tropical Boubou, Little and Cinnamon-chested Bee-eaters, Trilling Cisticola, African Black-headed Oriole, Black-headed Apalis and Brown-hooded Kingfisher before the rain stopped. 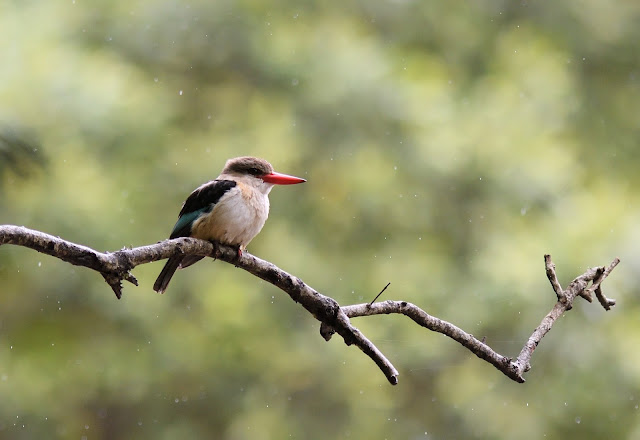 Driving through an open area on our way to the Momella Lakes we had point-blank views of several White-fronted Bee-eaters, Long-billed Pipit, Crowned Lapwing, a cracking Pangani Longclaw, and an African Moustached Warbler singing from a bare stump beside the road.


Upon reaching the lakes we ate our picnic lunch whilst enjoying views of numerous Southern Pochards, a pair of Maccoa Ducks, a pair of Grey Crowned Cranes, Glossy Ibis, African Harrier Hawk, both Lesser Striped and Mosque Swallows and Winding Cisticola. A nearby muddy margin held Marsh, Wood and Common Sandpipers, and a pair of Ruff, whilst a flock of Pied Avocets were scoped further away. A few Hippopotamus were scoped on an island and a few Red-billed Oxpeckers were sat on them as well.

We then took the route that circled the lakes and found hundreds of Lesser and a few Greater Flamingo’s feeding at the next lake, plus Speckled Mousebird, Spur-winged and Blacksmith’s Lapwings, Brown-crowned Tchagra, Cape Teal, Little Stint, Yellow-breasted Apalis, Cardinal Woodpecker, Rattling Cisticola, Red-knobbed Coot, Scarlet-chested Sunbird, Tawny-flanked Prinia and a flock of White-crested Helmetshrikes.  On the way back Taveta Golden Weaver, African Fish Eagle and an all-too-brief flyover Eleonora’s Falcon were also seen. What a day and a good introduction to the amazing array of wildlife on offer in amazing Tanzania.

Our final two days in Oz gave us a few more goodies. Most noteably this Bassian Thrush provided amazing views at Minnamurra Falls. A very pleasing sighting and a species we'd thought we had missed - but it's a Zoothera thrush so all the sweeter. 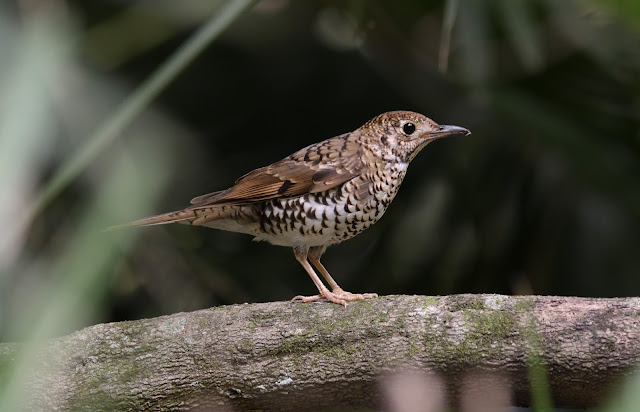 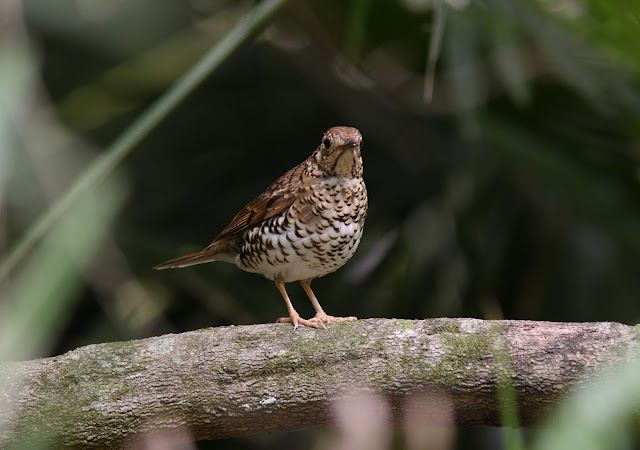 We also found a nice selection of birds at a nearby park...


On the way to Sydney Airport and our flight back to the UK we called in to the Olympic Park and discovered a flock of Red-necked Avocets - a bird I was very keen to see. 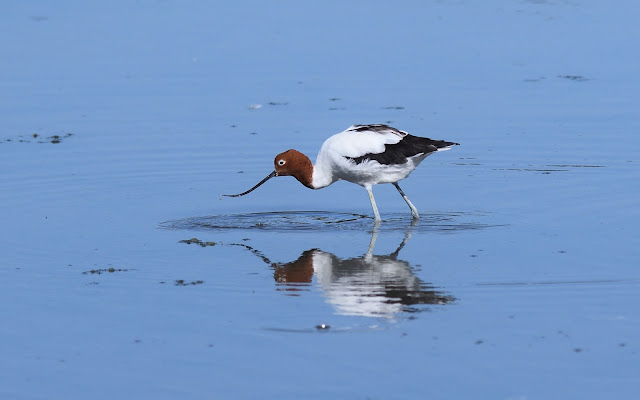 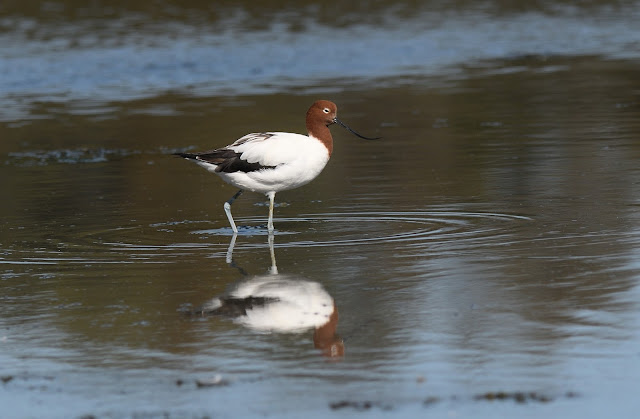 And there were some close Royal Spoonbills.... 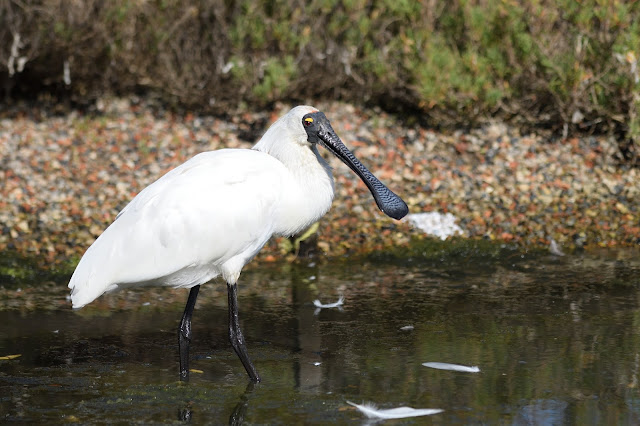 And our final lifer was this Tawny Frogmouth... 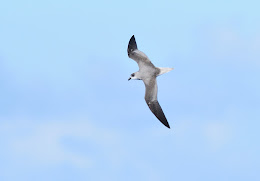 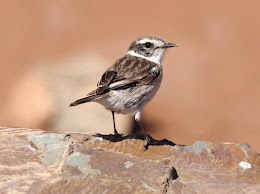 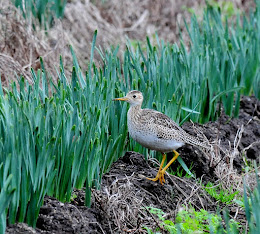 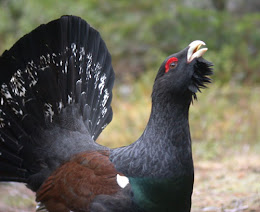