Watching it rain ‘cats and dogs’ from the hotel lobby at 7am this morning I wasn’t feeling too hopeful, but as luck would have it within an hour of arriving at our favourite spot on Zixi Shan we had blue sky overhead. A male Chestnut-bellied Rock-Thrush greeted our arrival, as well as our friendly neighbourhood Chinese Thrush at the same spot we saw it at yesterday. Black-headed Sibias were everywhere and thoroughly enjoying the sunshine, as were Blue-fronted Redstart and a cracking Yellow-bellied Flowerpecker.

Our first Russet Sparrows were scoped before things got really tasty when a Giant Nuthatch began calling nearby and pretty quickly we had a pair teed up in the scope. What a bird this is! Walking to get a closer look resulted in a pair of Godlewski’s Buntings showing nicely, along with Mountain Bulbuls and a few Japanese White-eyes.

A pair of skulking Spectacled Fulvettas showed to most of the group, but a gang of Yunnan Fulvettas posed nicely alongside a pair of Rufous-capped Babblers, Buff-barred Warbler and a pair of Rufous-breasted Accentors were a great find by Mark.

Following this productive session we walked a different trail and came across our first White-collared Yuhinas, followed by a magical little spell with a group of Spectacled Fulvettas numbering at least 5 birds, being joined by several Rusty-capped Fulvettas just a couple of metres below us. 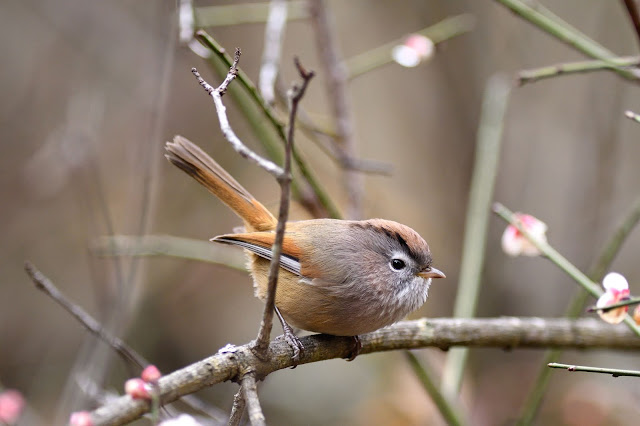 A fantastic Mrs Gould’s Sunbird gave point-blank views at the same spot and Oriental White-eye and another Blue-fronted Redstart was also in the vicinity. Walking on we found a group of Olive-backed Pipits and another Godlewski’s Bunting before bumping into several mixed species flocks. The first one held both Blue-winged and Red-tailed Minlas, the next a large gathering of Black-throated Bushtits and a Pallas’s Warbler.

Lunch at the little restaurant was surprisingly good, which was more than could be said about our walk along the road in near gale force conditions. Giving up here was an easy decision to make and we drove to another spot where Yunnan Nuthatch was positively common, and we also saw a pair of Buff-throated Warblers, Pallas’s Warbler and Streak-breasted Scimitar-Babbler. 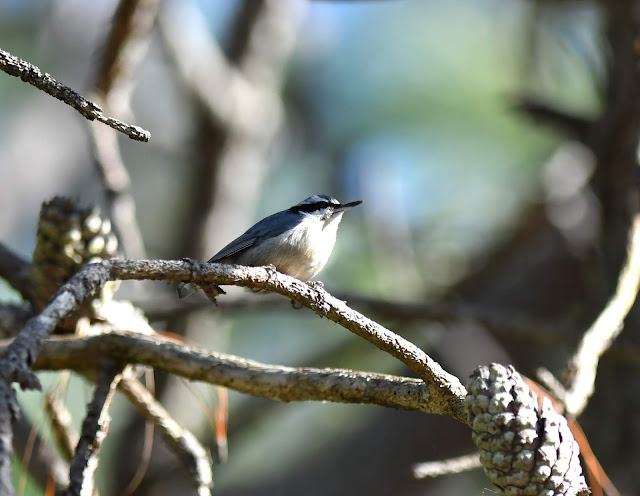 The next hour or so was pointless as we birded some open areas with only a Daurian Redstart to show for our efforts, but eventually we hit gold from a viewpoint across fields, a pool and some reeds. Pride of place went to the pair of Spot-breasted Parrotbills parading around below us, but Alpine Leaf Warbler, Brown-flanked Bush-Warblerand several Crested Buntings were not far behind in terms of appeal. There were also Common Kingfisher, Plumbeous and White-capped Water Redstarts, groups of Scaly-breasted Munias, Eurasian Tree Sparrows, White-browed Laughingthrush, Hill Prinia and Eastern Stonechat. A pretty successful day in all.