Of course we had to leave the best hotel of the tour where we had stayed for the shortest time out of any hotel on the tour at 5am!! But driving to Zombitse, which was about 90 minutes away was enlivened by a flyby Sooty Falcon. Upon arrival we walked a short distance with our 2 local guides and were shown a Rufous Vanga on a nest, and we also saw a Cuckoo-Roller flying over and a Long-billed Tetraka was also seen.

But we were after rarer things and it really didn’t take long at all to find the localised Appert’s Tetraka feeding on the ground right beside the path.

Then a day-roosting White-browed Owl allowed us some fine views, a Blue Vanga was spotted by Jo, and then a pair of Frances’s Sparrowhawks were seen well. 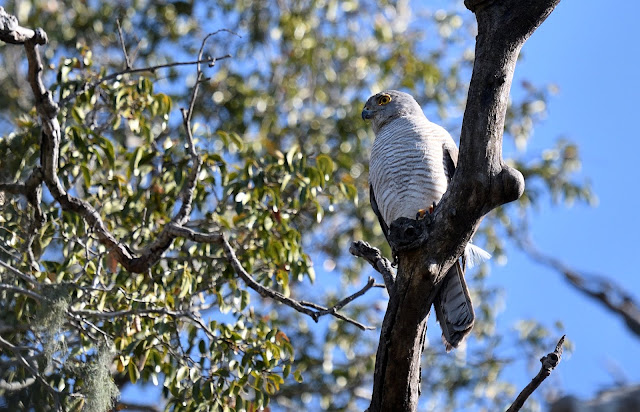 But the so-called ‘easiest’ bird had yet to reveal itself and I wondered of the kiss-of-death had been given to Giant Coua. I shouldn’t have worried as across the road we had stunning and repeated views of this ace-looking creature walking along the forest floor in front of us. 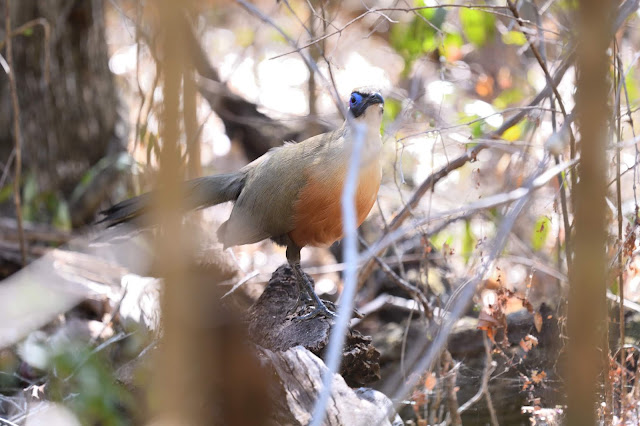 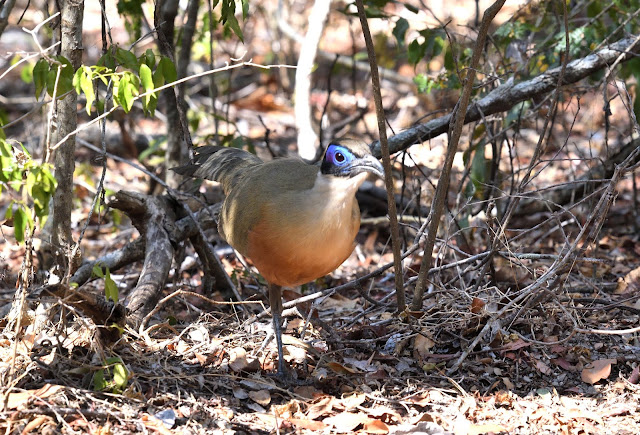 With all of our targets met, we left and set out on another 90 minute drive to an area where we hoped to find Madagascar Sandgrouse. Sure enough, another local guide and his helpers led us to a flock of 13 sheltering from the blistering heat in the shade of a tall bush. Mission accomplished and we left and drove to Tulear for a siesta and a rest before venturing out again at 3.30pm. 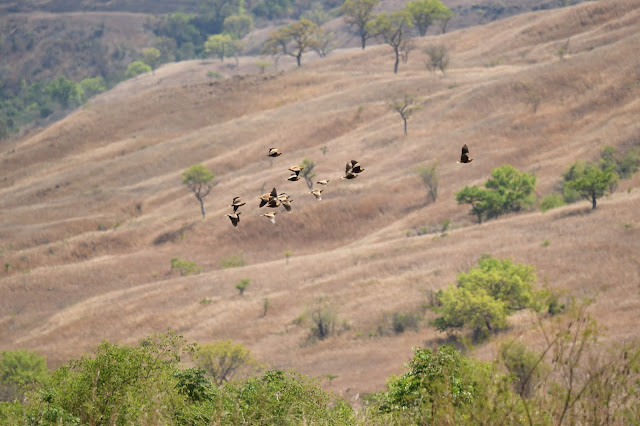 We headed out into the spiny forest and quickly found a Verreaux’s Coua that kept on moving through the thorn scrub but showed on and off for several minutes. 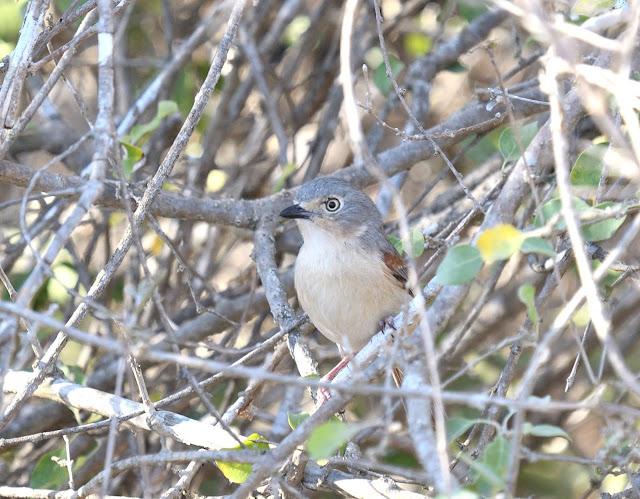 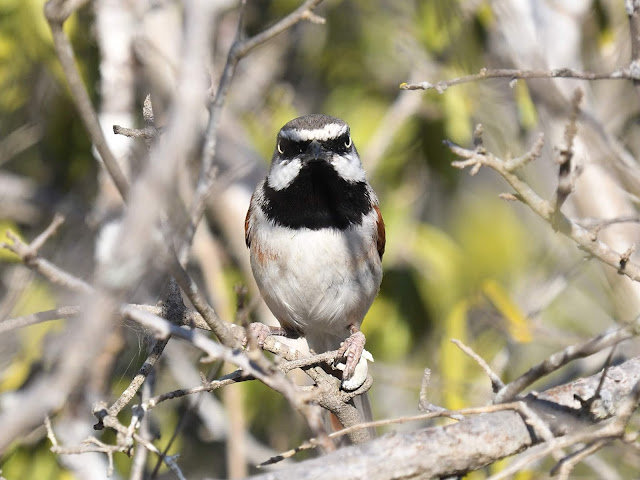 We followed that with a pair of Red-shouldered Vangas and enjoyed amazing views, along with a Subdesert Brush Warbler before returning to the hotel after a rather short session.